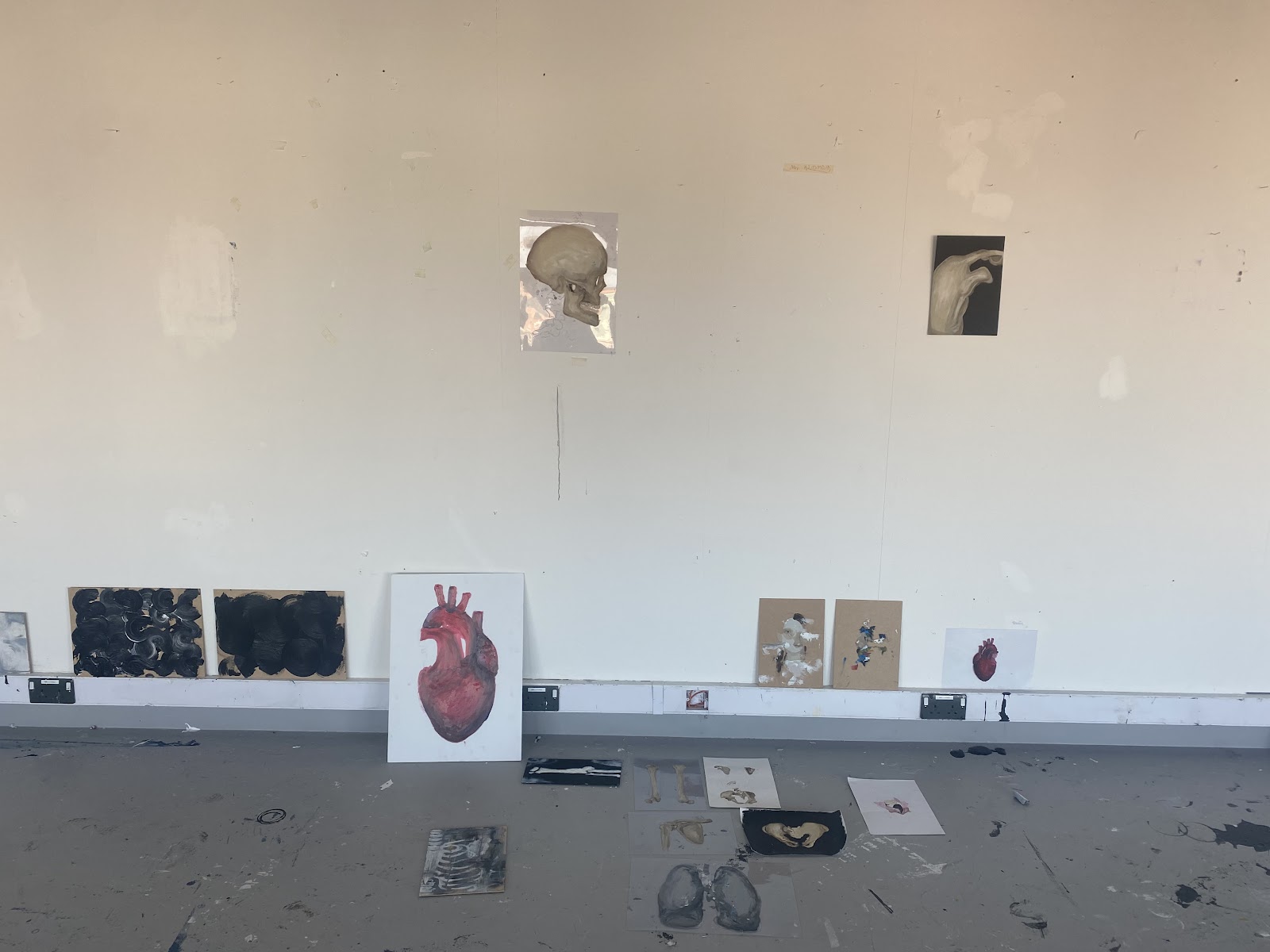 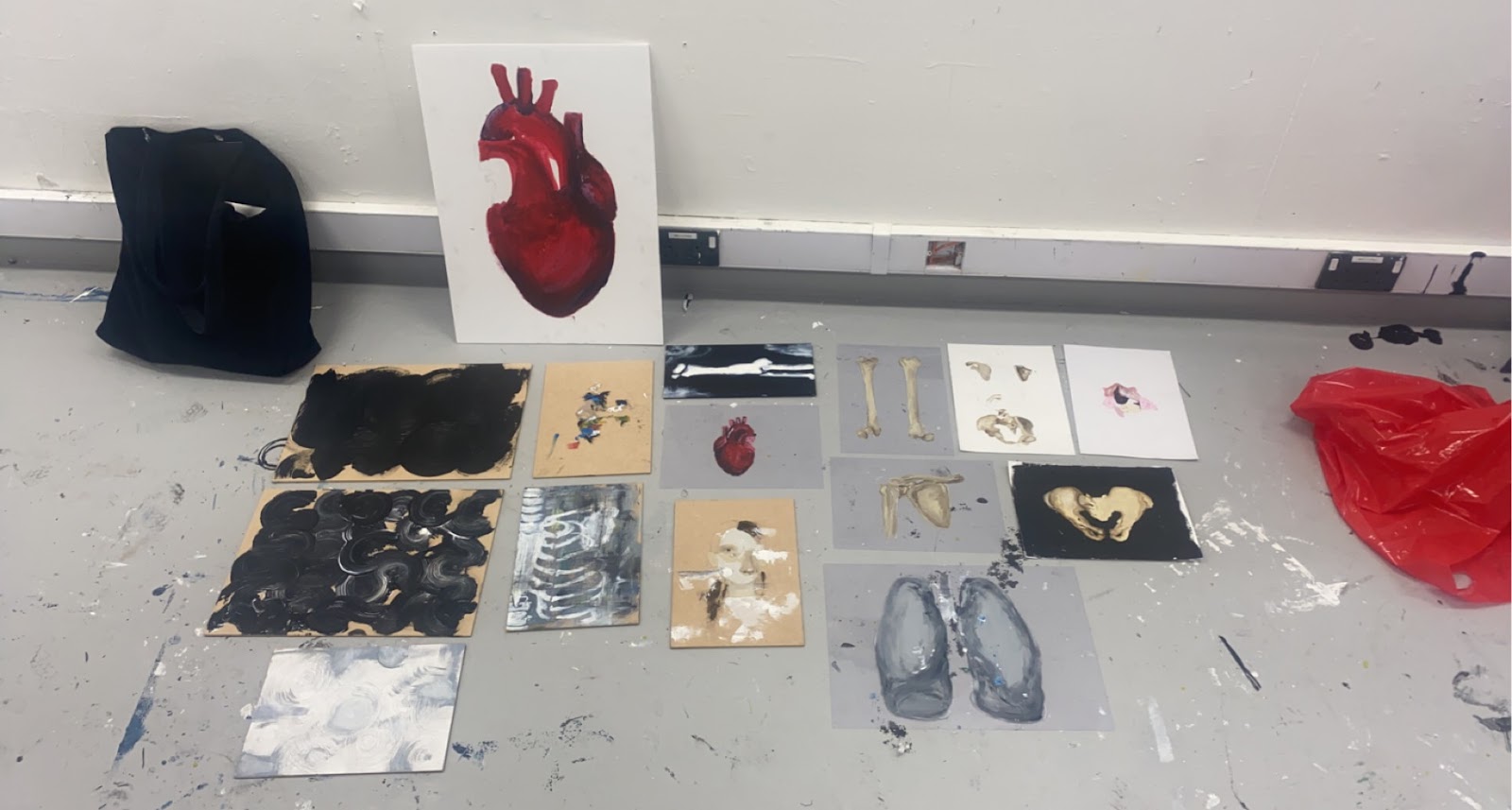 As part of a painting project with the focus of human anatomy and bones this smaller piece was created to cause the audience to question the subject matter of the painting. The painting itself is a close up image of a shoulder bone although, during a group critical people stated that the image could be some sort of sea creature or extraterrestrial being. The painting was complimented as it caused the audience to stop and question what the image might be. Different audiences would react and interoperate the painting in different ways depending on their own background. The use of a less commonly recongisable bone as well as its disorientating positioning adds a level of mystery around the painting. The use of acrylic paint allowed for many layers and a textured finish as well as smooth blending of the colours. The positioning of the subject matter allowed for more detail to be added. The black background allows for a dramatic contrast of the yellowing bone, allowing the highlights of the image to stand out.

The subject of focusing on human anatomy was inspired by Leonardo da Vinci’s anatomy studies and the dark background and heavy brush strokes were influenced by Van Gough’s Skull of a Skeleton With Burning Cigarette.

In development of this piece, sizing up the piece would allow for audiences to see the detail properly. Also, pushing the proportions and distortion further to make the original subject matter even difficult to identify.

In Painting week two we looked at creating paintings using white. To start with we experimented using complementary colours to create grey.

Mixing black and grey together created a very flat grey, while using complementary colours allowed the greys to feel more vibrant. Adding different hues to the grey allowed me to reflect the colours within the white object I was trying to paint.

In week one we created paintings using unsaturated primary colours. For each painting, we had 20 minutes and were not allowed to use brushes. I struggled to create depth within the objects and get an accurate colour match